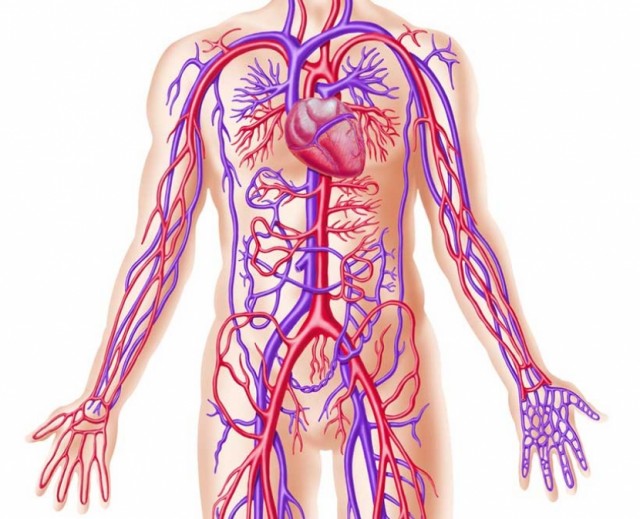 In two of my previous blogs, Antioxidant-Rich Foods Dilate Arteries and Eggs Contain Few Antioxidants, I discussed how antioxidant-rich plant foods dilate arteries by supplying the endothelial cells with nitric oxide and how animal products are nearly void of any antioxidants. Athletes who know this, use this to their advantage. When consumed two to three hours before their event, vegetables high in nitrates have shown to help athletes improve their performance. But would nitrate-rich vegetables work for those individuals who need it the most? What about for older patients with high blood pressure, heart disease or those suffering from emphysema? Dr. Michael Greger's below video explores this question and demonstrates an innovative way to open up the arteries, increase blood flow and lower blood pressure. He mentions a study where beet juice produced a significant drop in blood pressure in participants that drank one shot of beet juice a day for three weeks. When the beet juice was stopped, within a few days, their blood pressure went right back up. In 2015 the British Heart Foundation funded a similar study. Individuals with hypertension drank one cup of beet juice a day for four weeks. Blood pressure dropped and continued to drop for a month.

There are tens of millions suffering from peripheral artery disease where atherosclerotic plaque impairs blood flow to the legs. Impaired blood flow produces cramping pain in the calves which can severely limit the ability to perform simple tasks like walking. Participants suffering from claudication were able to walk 18% longer after consuming beet juice in one study. Researchers measured their blood oxygenation levels within their calf muscles. Their muscles were "able to maintain more oxygen in their muscles with just vegetables." This study revealed that nitrate-rich vegetables not only dilates blood vessels (and increases blood flow), they improve oxygen efficiency at the cellular level. 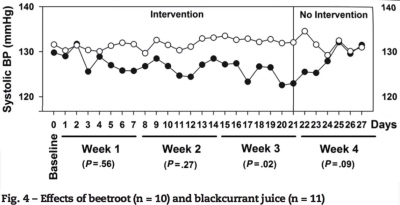 Do Nitrate-Rich Vegetables Improve Circulation to the Brain?

If nitrate-rich vegetables have the ability to lower blood pressure, could they increase blood flow to the brain? Dr. Greger addresses this in the above video as well, by saying, "Poor cerebral perfusion—lack of blood flow and oxygen in the brain is associated with cognitive decline and dementia, and they showed that the nitrate in vegetables may be beneficial in treating age-related cognitive decline. They showed a direct effect of dietary nitrate on cerebral blood flow within the frontal lobes, the areas particularly compromised by aging. This is a critical brain area for so-called executive function, basic task and problem-solving important for day-to-day functioning. The nitrite from nitrate has been shown to not only increase blood flow to certain areas of the body, but also acts preferentially in low oxygen conditions, allowing it to increase blood flow precisely in the areas where it is needed most. And, that’s what they found in the brain: increased blood flow to the at-risk areas of the aging brain."

How Much Beet Juice Improves Circulation?

Drinking a half cup of fresh beet juice a day was found to improve athletic performance and lower blood pressure while drinking more did not change the results. "Dropping blood pressure by ten points may not sound like a lot" Dr. Greger says, "but may translate into dropping heart attack risk twenty-five percent and stroke risk thirty-five percent." Since the fiber is removed when making beet juice and some of the nutrients could be lost, one would need to eat whole beets equivalent to the size of a fifteen ounce can or eat a big salad of dark green leafy vegetables each day.

Although beetroot is an excellent source of dietary nitrate, there are nine dark green leafy vegetables that have a higher concentration. The top available sources are listed below in order from the highest to the lowest nitrate content. The nitrate content in arugula tested a whopping eighteen times higher than kale! Watch Dr. Greger's video Vegetables Rate by Nitrate. 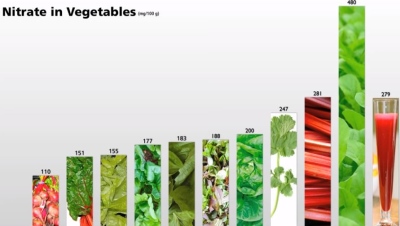 Nitrate-rich vegetables have "profound effects on the power plants within all our cells." Dr. Greger's research demonstrates how consuming these vegetables reduces the oxygen cost during exercise. This means that the same amount of work can be performed but less oxygen is required. "One little shot of beet juice allows free divers to hold their breath for over four minutes; they get about a half minute longer, and for others, this improved muscle efficiency allows athletes to exercise at a higher power output or running speed for the same amount of breath." When athletes were given a cup-and-a-half (equivalent of a fifteen ounce can) of whole baked beetroots, they ran faster, their heart rate wasn't any higher, and they reported less exertion. For more information, see the additional resources below.

It's important to note that nitrates from other sources can have detrimental health effects. Avoid nitric oxide stimulating supplements, since there's "little or no evidence of a performance improvement following supplementation with these so called NO boosters. The evidence is with the vegetables" Dr. Greger says.

(2) Should we Drink Beet Juice or Not?

(11) Are Nitrates Pollutants or Nutrients?